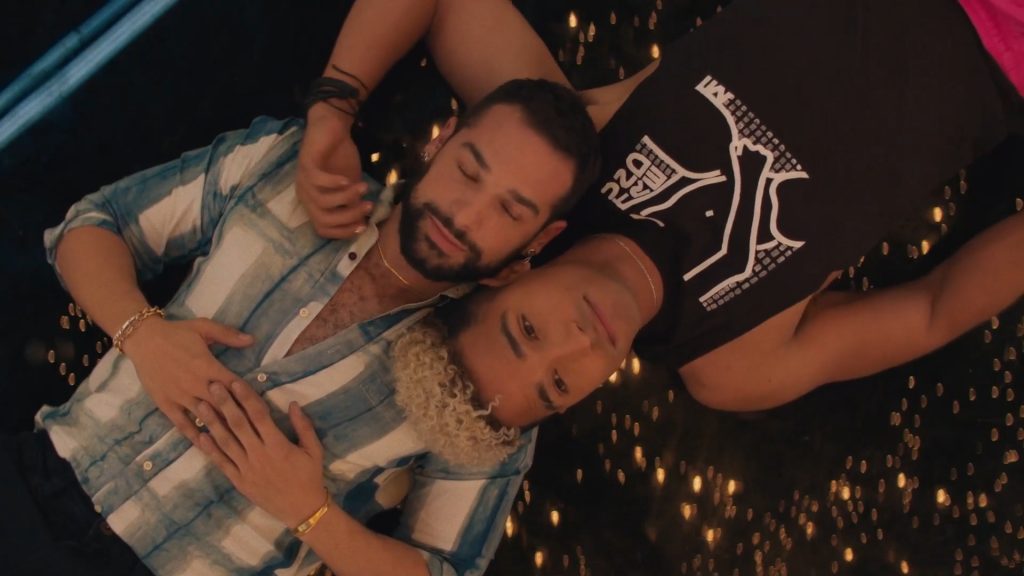 The very first thing one sees in each episode of the new reboot of “Queer as Folk” — before the action even starts — is the handwritten name of the streamer on which it appears, with an underline jauntily appearing beneath the last four letters of “Peacock.” It’s an elbow to the ribs, or to regions further south, that comes on strong from the earliest moments of the series; do you get it? Do you?

This show, about the lives of queer and trans people in New Orleans, centers that one syllable, and a few similar terms: Like the early-2000s Showtime series that preceded it (itself based on a British drama by Russell T. Davies), “Queer as Folk” 2022 is relentless in its pursuit of pleasure. But that enjoyment, here, often exists for the characters more than for the viewer. “Queer as Folk” has an abrasive, punky insouciance that’s charming, and some nicely calibrated performances; it has a taste for excess that’s winningly brazen, when parcelled out. (This show would make for an overwhelming binge.) But aggressive tonal shifts and its whipsawing character motivations suggest a show that’s still finding its voice, at least when it comes to saying things longer than four letters.

The show, unlike recent reboots of similar gay-TV standards as “The L Word” and “Tales of the City,” features no characters from its predecessor series, and shifts the action away from Pittsburgh. Now, “Queer as Folk” has a big and broad ensemble that it does a nice job of getting its arms around: When we first meet the group, Brodie (Devin Way) has returned to visit his parents (Ed Begley Jr. and Kim Cattrall) and brother (Ryan O’Connell) in Louisiana, where his extended social circle also includes a somewhat unstrung attorney (Johnny Sibilly) and new parents (Jesse James Keitel and CG) unsteadily navigating their experience of queer family. Brodie’s relationship with his family is loving but tense; his friends are going through things to which he can’t quite relate.

All of this, along with a parallel story about headstrong high-school drag performer Mingus (Fin Argus) is nicely drawn at first, making the imposition of tragedy in the show’s first episode, echoing the 2016 Pulse nightclub shooting, feel doubly destabilizing. It’s sad in the way that sad things are, and then, furthermore, because it upsets the balance of a show that’s still finding it. “Queer as Folk” never quite gets out of the shadow of heinous acts, but it can’t stand to be about them for too long, either. As it runs on, the show’s perpetually shifting attention, skittering from plotline to plotline, echoes its characters’ coping mechanisms; it can feel, too, as though the show is coping with taking on a heavier load than it could bear in its first season.

Which is a shame, because when it slows down, the show gets good: Keitel and CG’s plotline, with its waves of early-parenthood euphoria and misery, is elegantly done, and Keitel anchors a flashback episode with the clever, sorrowful device of having her deadname (the name she used before coming out as trans) bleeped out, each beeped repetition of a wrong name seeming to cut her more deeply. But the franticness of the show’s pace elsewhere doesn’t benefit other characters quite as well: Sibilly’s storyline can get somewhat lost, and a sequence in which Brodie has various revelations while on mushrooms feels like the writers using a cheat code, fast-forwarding to get where conversation might have organically brought them.

It’s fitting, perhaps, to close on Cattrall’s character — both because of the inherent intrigue around how the performer is spending time that is not occupied by playing Samantha Jones on “And Just Like That,” and because that Samantha approach suits a show that starts each episode emphasizing its, well, Peacock bona fides. Cattrall plays her character to the hilt, even as various of the epiphanies (spoiling nothing, it’s fair to say that she learns new things about herself) can feel forced, or at least arrived at hastily. Once again, a scene seems to fast-forward character development; in this case, it’s Kim Cattrall doing a karaoke version of “Maybe This Time” from “Cabaret,” so we forgive it. But too often, Cattrall’s Brenda seems to be doing or saying things not because they’re what’s in her heart, but because she knows she’s on a TV show. You’ll never feel bored watching the new “Queer as Folk.” But, for long, antic, tonally uncertain stretches, you might crave feeling something.