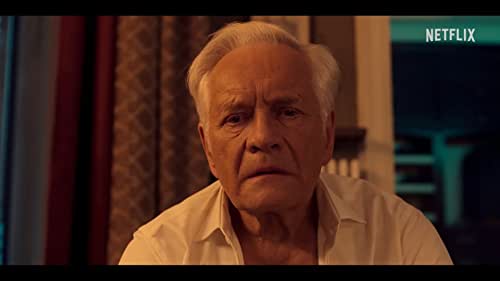 Netflix’s European movies and series lineup for June 2022 has one more interesting title in the queue. A heartwarming family drama about a father-daughter relationship and reconnecting with your past self, the new Polish series, Queen, is all set to release this month. Translated as Królowa in Polish, the plot of Queen follows a reputed Parisian tailor and former drag queen who returns to his hometown to fix his relationship with his daughter. But his return to his past would involve a lot more than making amends.

The Netflix original drama series is written by the late Árni Ólafur Ásgeirsson (Undercurrent) and Kacper Wysocki (Klangor). The series is directed by Lukasz Kosmicki. Kosmicki is a popular Polish cinematographer, screenwriter, and director, who is known for previously directing The Coldest Game and The Dark House, among other movies and shows. He has also directed the television series Klangor and Ultraviolet. Queen features Andrzej Seweryn (Schindler’s List), Maria Peszek (The Hexer), Julia Chetnicka (Erotica 2022), Antoni Porowski (Queer Eye), and Piotr Witkowski (Erotica 2022) in major roles. From the plot to cast and characters, trailer, and more, here’s everything we know so far about Queen.

Netflix released the trailer for Queen in May 2022. The official trailer shows Sylwester, a tailor settled in Paris, getting a letter from his granddaughter stating a medical emergency. And that’s how the story begins. He packs his bags to set out on a journey that would change his life and his personal relationships.

In quick montages, the trailer takes us through the events that transpire once Sylwester is back in his hometown. We are also introduced to his daughter, Wioletta, and granddaughter, Iza/Izabela. While the granddaughter shares a fun and affectionate bond with him, the case is entirely opposite with his daughter. So much so, that she doesn’t even want to see his face, despite the fact that he donated his kidney to her (probably because she isn’t aware yet). This odd family reunion is remotely not as harmonious as he’d expected. But somehow as time passes and the three of them spend more time together, the closer they seem to get.

In his attempts to make things better within the family, Sylwester starts to focus on things that matter to his granddaughter, including putting up a show, which would require him to return to the stage and relive his drag identity, to help his community and his relationship with his daughter. From what it appears in the trailer, Queen is going to be a relationship drama, but there’s quite a bit of comedy thrown into the narrative, though subtle. There’s also going to be a lot of theatrical moments, colorful costumes, and you can expect some good music too.

Andrzej Seweryn as Sylwester/Loretta – Sylwester is a respected and renowned Parisian tailor. Loretta is his drag identity, which made him a famous drag queen in Paris 30 years ago. He left his life and everything behind to make a career out of this. But now, Sylwester must make the most of his past and present to fix his personal life while also bringing social change.

Maria Peszek as Wioletta – Wioletta is Sylwester’s daughter, who is ailing and in hospital. It is Wioletta’s medical emergency that brings Sylwester back to his hometown, which he vowed to never return to. Fun fact, both Maria Peszek and Andrzej Seweryn were in the 1993 Steven Spielberg movie Schindler’s List.

Julia Chetnicka as Izabela – Izabela or Iza, is Sylwester’s young granddaughter. Unlike her mother, she seems to have a loving relationship with her grandfather. It is because of Iza’s letter that Sylwester ends up reconnecting with his daughter.

Antoni Porowski as Sylwester’s Assistant – Antoni or Antos is an assistant tailor to Sylwester. From the promos, it looks like he is not quite up to Sylwester’s expectations but could turn out to be a useful character sometime in the future.”After a decades-long absence, a renowned Parisian tailor and drag queen returns to his hometown in Poland to make amends with his daughter.”

But there’s more to the narrative of this story. One of the topics the series addresses is the father-daughter relationship and makes you ask how far would you go to reconnect with your child? The answer is probably what Sylwester tries to do – face his past and his past mistakes and try to redeem himself for his daughter. This drama series is essentially about a father and daughter.

Queen is also about a formerly popular drag queen revisiting his theater life. Sylwester was once Loretta, the famous drag queen of Paris. Though he gave up on his passion and became a sartorial genius, Sylwester is still proud of his past identity and performance skills. And now, decades later, his stage skills will come in handy as he brings Loretta to life again to help his granddaughter and initiate social change by introducing the local men to the art of drag. This newfound opportunity will also perhaps help Sylwester remind himself who he really is, and this time he can show his daughter the truth, instead of running away.