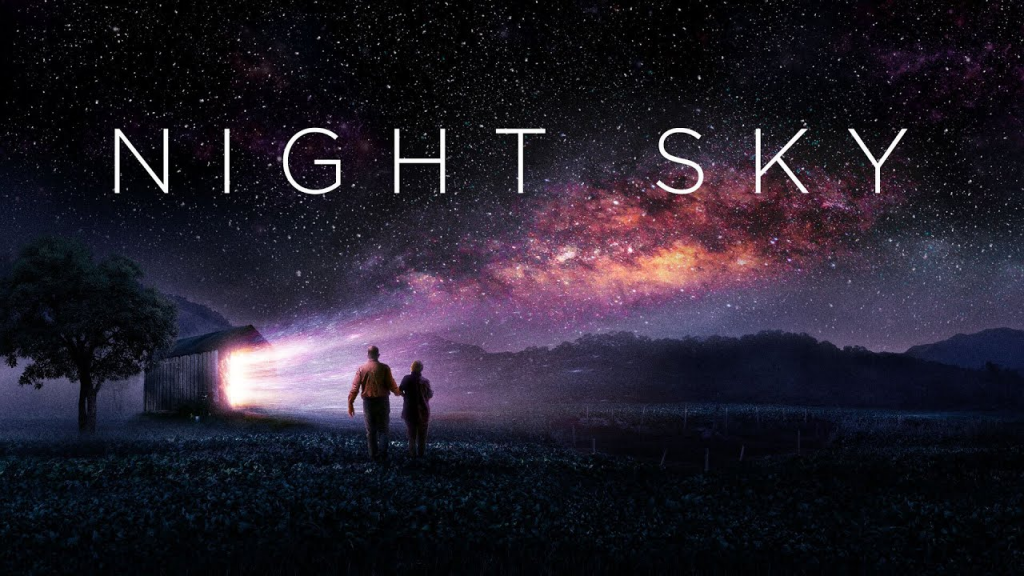 Following in the wake of 2020’s “Tales From the Loop,” about people living near a futuristic physics lab, and this year’s “Outer Range,” about a void or portal appearing on a rancher’s property, comes “Night Sky,” about a couple who possess a chamber capable of taking them to another planet. While it’s likely not useful to see all of Amazon Prime Video’s television properties as extensions of company founder Jeff Bezos’ will, there’s something very tidy at work here — the man does, after all, undertake short space voyages, making the fact that his company produces television about the mysteries and wonder of the cosmos feel marginally more revealing or intriguing.

The show could use the help. Sissy Spacek and J. K. Simmons, playing a married couple whose quotidian rural life helps conceal the fact of their galactic travel, are trying their best, but the story they inhabit is both convoluted and simplistic. It should come as no surprise to observers of current TV that it’s eventually revealed that the pair are experiencing grief, and that indeed their using a magical device to escape their earthbound reality has a second meaning. (So too, perhaps, does the fact that the planet they can visit is both gorgeous and isolated, a remote and forbidding landscape devoid of people.) That they’re forced to confront that from which they’ve been hiding when a stranger (Chai Hansen) comes out of the device gives them stuff to do, but the show can feel antic and unfocused. It comes to lean hard on an entirely separate plotline about another chamber in Argentina, and a young woman learning to operate it (Julieta Zylberberg) — all of which is ancillary to the show’s main action, and told breathlessly even as it doesn’t seem to be advancing our understanding of what our central characters are going through.

Spacek and Simmons are two top-flight actors, and their glumness is well-drawn, if less than pulse-pounding as an incitement to keep watching. We feel their sorrow, and their growing withdrawal from the world around them. (In this, Spacek, fragile but flickeringly hopeful, is especially strong.) And it’s clear why Spacek’s character sees the arrival of a fellow from some other realm as exciting rather than threatening. But the show trips over its length — “Night Sky” is built around a decent idea for a 100-minute movie, which it then stretches to eight hours. And failing to find new keys in which Spacek or Simmons can operate, the series tends to lean hard on different iterations of its space-travel device around the world, all without establishing clear or coherent rules for how that device even works.

That’s the thorny thing, especially, about the show’s Argentina plotline and the ways it expands the possibilities of the travel chamber seemingly boundlessly. When anything is possible, nothing has gravity. And weightlessness may be fun on a Blue Origin flight — but it’s a tricky condition for a show about two real people.