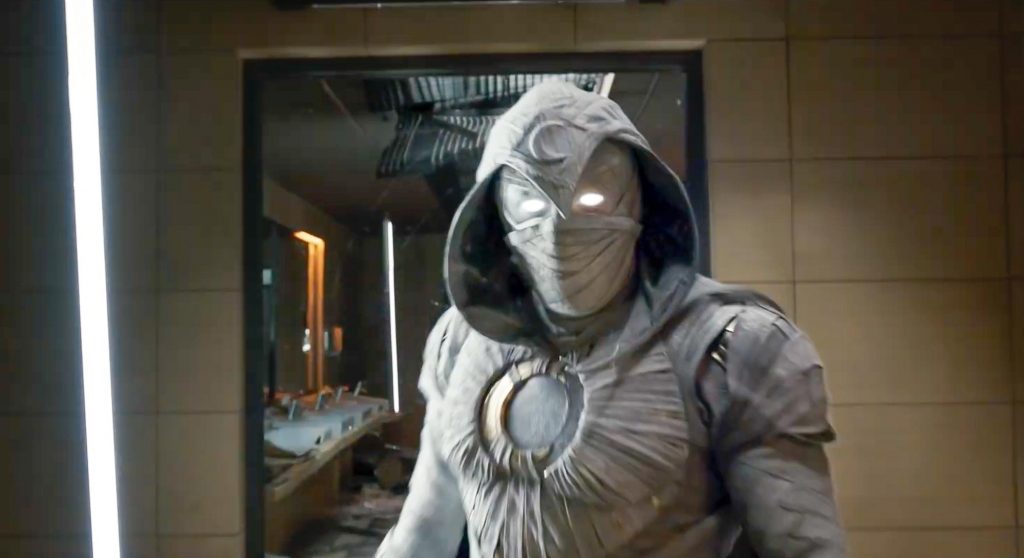 Marvel, much like the House of Mouse behind the studio, wields its immense marketing machine wisely. Whenever it’s time to roll out a new chapter of the MCU, there’s at least two or three distinct hooks meant to entice fans with only an intermittent interest in superheroes. (Anyone who can explain the multiverse is already a given.) “WandaVision” brought Avengers to television, while paying homage to classic sitcoms. “Eternals” welcomed gods to the universe, as directed by Oscar winner Chloé Zhao. “Hawkeye” wasn’t just the return of Clint Barton; it was a Christmas show.

Some hooks work better than others, but the most consistent enticement of all is also the most audience-friendly: casting. Whether it’s an Oscar winner, TV favorite, or refreshing breakout, Marvel builds ensembles with precision. They appeal to a wide number of people, attract a target demographic, and/or add to the perceived prestige of the most successful franchise ever assembled. Knowing as much may make you any less susceptible to new offerings, but rare is the person who’s fully immune. Hearing that one of your favorite thespians just landed a part in a project destined to be discussed ad nauseam, well, you’re typically inclined to hope for the best.

Enter Oscar Isaac and Ethan Hawke. The former is a brightly burning star, widely respected for fiery arthouse roles (“Ex Machina,” “A Most Violent Year,” “The Card Counter”) and still beloved in explosive blockbusters (“Star Wars,” “Dune”), all while capable of setting the internet aflame with the graze of his lips. The latter is an original indie darling; an actor, writer, director, and producer who’s helped spark an incomparable romantic trilogy and unstoppable horror franchise; a teenage heartthrob whose dedication to the craft has forged two of the most crackling performances of the past few years. Hawke is a four-time Oscar nominee. For Isaac, it’s just a matter of time.

Knowing these oft-surprising actors will square off as the hero and villain of “Moon Knight” has to help drive interest in Marvel’s relatively unknown new hero. “A knight… of the moon? OK, as long as Isaac and Hawke are there, sure, I can go with that.” And through four of the six episodes, the duo actually shares more scenes than many past foes; series creator Jeremy Slater repeatedly brings Isaac and Hawke together, building a real rapport between their respective characters, Steven Grant and Arthur Harrow. Each performer even makes their own notable choices, bound to be debated in the weeks ahead. (Isaac’s accent has already joined the discourse — it’s silly, but it’s fine.)

Despite these wise decisions and good intentions, “Moon Knight” remains cripplingly dedicated to plot and exposition. Hawke and Isaac’s pairings are rarely given any space to breathe; they’re tasked with repeating their hero and villain’s boilerplate motivations and making sure everyone watching has a clear understanding of exactly what’s happening. Housed within another movie stretched into a series, “Moon Knight” dulls two stars that should be lighting up the Marvel universe.

What can be shared of the plot (without venturing into spoiler territory) shouldn’t be all that surprising. Steven is your classic wimpy everyman; single, lonesome, and nerdy, his rare moments of joy come from glimpsing the Egyptian artifacts he passes by on the way to his station in the museum gift shop. Even those fleeting pleasures are readily squashed by his overbearing boss, who’s sick of Steven showing up late to work. But why would a man obsessed with history be anything but early to his gig at a history museum? Well, Steven has a problem: He sleepwalks — or, he used to sleepwalk. Having woken up too many times in a place he can’t remember traveling to, Steven now sleeps with his ankle locked to a bedpost. Now, he goes to bed each night and wakes up each morning, but it never feels like he’s been resting. “It’s like my body wants to get up and wander about, get its 10,000 steps in,” he says.

Of course, that’s almost exactly what he’s doing. Unbeknownst to him, Steven suffers from disassociate identity disorder, and his other half loves going out at night dressed in white and gray toilet paper to beat the shit out of evildoers. Steven has to piece all this together on the fly, based on strange visions of a giant mummified bird and the voice of F. Murray Abraham bouncing around his brain. (Abraham’s bellowing menace might be the best case yet to watch these MCU shows in surround sound.) One second, Steve’s trying to stay awake by toying with a Rubik’s cube, the next he’s in a grassy field, hundreds of miles away, trying to reset his dislocated jaw while angry gunmen open fire.

Early on, whenever the uninvited trouble facing Steven grows too dire, he blacks out. As he comes around moments later, he’s somehow eluded the danger — his other, more adventurous self, has saved him. Premiere director Mohamed Diab has a bit of fun with this device, stacking perilous situations on top of each other in an extended action scene where Steven repeatedly escapes in the literal blink of an eye. He’s about to get punched, or run off the road, or crushed by a falling object, but his other half (named Marc) always intervenes in the nick of time. Comics fans likely already know all about Marc, but it’s better for those in the dark to learn about his history and relationship to Steven in the show; after all, there’s not much else going on.

While those early action scenes are funny, the humor also requires the action itself to take place off screen. Later, as we see more of Marc and what he can do, there’s a decent fight here and a standard chase there, but nothing is done to make them memorable. Rather than build on the first hour’s playful tone (including a couple of solid jokes involving the misapplication of a handgun and fruitless use of windshield wipers), “Moon Knight” downshifts into lifeless MCU banter and explanations. Even the addition of “Ramy’s” May Calamaway (as Layla, a mysterious figure from Marc’s past) can’t elevate the series’ lack of charm.

Isaac has better luck finding special moments on his own. In one scene, when Steven is particularly confused and distressed, the vegan Brit tries to order a steak at a fancy restaurant. As the waiter peppers him with questions — “What cut?” “How would you like it?” — Isaac stammers out anything that sounds like the right answer. He has no idea what he’s being asked, just like he has no idea what’s going on in his life, and Isaac elicits an intimate compassion from Steven’s layered confusion in what’s a very brief, otherwise forgettable scene.

As far as heroics go, it may as well be anyone in that suit — you can’t see an inch of Isaac when he’s dressed up as Moon Knight, which is a problem only compounded by his digitized rooftop jumps. Luckily, Hawke is completely pared down. Sporting the long, straightened hair, bare feet, and soft-spoken sociopathy of a start-up CEO, Hawke’s Arthur Harrow is a villain begging to be pushed to a breaking point. There’s a personal motivation mixed in with his religious principles that should make for a stirring opponent and, in theory, Steven’s baffled, fearful state could give Arthur’s composed stature an intimidating edge. That understated demeanor is also a minor respite from many superhero stories’ scene-chewing baddies, but after a few meetings with Steven (and Mark), Arthur’s permanent serenity drifts into complacency. Peaceful chatter is fine at first, but where’s the conflict? And if you’re storing it up for the ending, come on! This is Ethan Hawke! Let the man cut loose!

“Moon Knight’s” misunderstanding of what makes for a good hero/villain dynamic is only doubly irritating given the great actors kept from bringing them to life. I’m sure MCU fans will find enough to admire — although this may be the most ill-fitting piece of Marvel’s continuing expansion — but for anyone who’s not already scouring the internet for easter eggs, this is another Disney+ disappointment.