Misha and the Wolves 2021 Movie Review
Skip to content 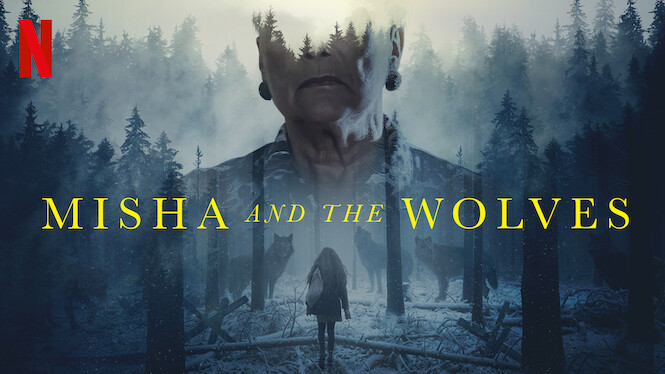 Misha and the Wolves 2021 Movie Review

“Wow. This was quite a story.”

So deadpans Joni Soffron, co-founder of a wolf sanctuary in Ipswich, Massachusetts, on what she felt when she first heard Misha Defonseca’s extraordinary tale of finding protection in a pack of wolves while walking through Nazi Germany looking for her deported parents. Soffron observed Misha’s affinity with the animals at her sanctuary. The two women became friends. Considering how this whole situation played out, as presented in “Misha and the Wolves,” a fascinating and sometimes-irritating new documentary directed by Sam Hobkinson, there’s a reason Soffron’s tone is so deadpan. She earned it. It really is “quite a story.”

The “story” made international news back when it broke. To re-cap: Misha, an immigrant to a small town in Massachusetts, said that after her parents were arrested by the Nazis, she was taken in by a Catholic family and given a new name to hide her Jewish identity. This was the story of so many “hidden children” of the era. What was different was Misha’s decision to go find her parents on foot, and what was really different were all those wolves. Misha wrote a book, Surviving with Wolves, published in 1997 by a small local publisher. Initial sales were slow, but when Oprah Winfrey showed interest in including the book in her Book Club, things picked up steam. Europe embraced Defonseca. The book was translated into multiple languages, and in 2007, French director Véra Belmont adapted it into a film. Misha was a constant presence at press junkets, film festivals, talk shows, and conferences. That’s about as far as one can go before getting into spoiler territory.

“Misha and the Wolves” initially draws the audience into the intersecting webs of narrative, each character announced with a Wes Anderson-esque title card: “The Neighbor.” “The Wolf Expert.” “The Genealogist.” While you may not know who to believe at first, “Misha and the Wolves” encourages credulity during the first half-hour or so, including re-enactments (a little girl struggling alone through a snowy wilderness), obligatory news footage of concentration camps and warfare, as well as interviews with Misha herself, whose impassioned delivery is compelling. Eventually, the documentary turns into a more traditional investigative narrative, as genealogists and wolf experts and Holocaust historians put different pieces together in an attempt to determine what was and was not true about Misha’s tale. Nobody wants to call Misha’s story into question, nobody wants to doubt the “lived experience” of a Holocaust survivor, especially not when her story has struck such a powerful chord. The Massachusetts radio host who first interviewed Misha said, “Far be it from me to question her.”

All of this is fascinating territory, but Hobkinson is more interested in playing around stylistically, sowing confusion, putting a blindfold over the audience’s eyes, with one particularly irritating “Gotcha!” not revealed until almost the end. This type of thing can be a useful tool, particularly in stories involving hoaxes. It’s illuminating to show the duping process, to show people ignoring red flags. This is how Internet hoaxes flourish (see: the Kaycee Nicole hoax. People were swept away, not just by Kaycee Nicole’s plight, but their own capacity for emotional response, so much so they left their critical thinking at the door). Some of the interview subjects in “Misha and the Wolves” allude to this phenomenon, and it’s frustrating Hobkinson doesn’t dig into it further.

Jane Daniel, the publisher who got the whole ball rolling, shares her experience of encountering Misha’s story, and, frankly, seeing dollar signs. Her publishing operation was tiny and Misha’s wolf pack could put her over the edge. Daniel doesn’t seem particularly reliable and Hobkinson makes big choices with ominous melodramatic music cues, and piercing closeups of Jane’s eyes, casting her as a villain, or maybe a victim, you’re not sure. Either way, these choices are in service of misdirection. Later in the film, there are multiple scenes of an elderly Belgian genealogist (and Holocaust survivor herself) poring through old telephone books and dusty records, searching for clues to Misha’s real identity. It’s painstaking work, and it may not be as interesting visually as those sentimental re-enactments, for example, but the detective work is where the story really takes off, as these individuals who care about truth fact-check the narrative. Catfishing the audience (essentially) is the least interesting approach for this material.

The internet is supposedly a super-highway of information. Anyone can look up anything, libraries readily available to all. But, somehow, as we all know, it hasn’t quite worked out that way. Fragile threads of a continuum with the past are broken. Ignorance of what happened relatively recently (and the 20th century is relatively recently) is rampant. Alternative histories gain traction in this vacuum, and objectivity itself is seen as suspect. Holocaust historian Debórah Dwork is interviewed in “Misha and the Wolves” and her comments are refreshingly clear-sighted, orienting the story in a larger context of Holocaust denial and the importance of historical truth. These are all essential points, but they come so late in the film they’re almost an afterthought.

Misha and the Wolves 2021 Movie Review