Merlina: Christina Ricci will return for the Netflix series
Skip to content 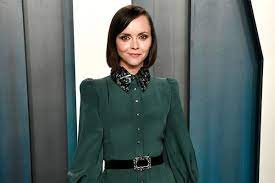 Merlina: Christina Ricci will return for the Netflix series

The actress who played the famous character in the movies of the 1990s will be back on the Tim Burton show. Decades after playing Merlina, Christina Ricci has joined the next installment in the Addams Family franchise . It has been confirmed that the interpreter will be part of the cast of Wednesday, the series of Merlina’s character that Tim Burton ( Batman Returns – 81% , Beetlejuice, the super ghost – 81% , Frankenweenie – 87% ) is preparing for Netflix and that it will not it is a minor role.

According to information from Deadline , Christina Ricci is the most recent addition to the cast of Wednesday , Merlina’s name in English. Obviously, she will not reprise the role, which will now be played by Jenna Ortega . Although the report does not reveal details about the character of the actress who has most recently joined the production, it is said that she will have a regular appearance, so it is not just a cameo.

For fans of The Addams Family who grew up with Ricci’s version of Merlina, one of the most memorable characters from those two installments, it will undoubtedly be a pleasant surprise when the actress returns to that world. And nothing more and nothing less than under the direction of Burton, who is the creator of the program and has been working on the development of this project for a couple of years now.

Ricci has had an excellent year. At the end of December he had a brief but funny cameo in Matrix Resurrections -65% and in January he surprised and received very good reviews for his role in Yellowjackets – 90% , Paramount Plus’ original show. Now it is confirmed that she will soon be back on streaming with this long-awaited production.

In that series, Ricci ( Buffalo ’66 – 78% , The Legend of the Headless Horseman -67% , Monster: Serial Killer – 82% ) plays Misty, a nurse who, as a teenager and along with a handful of her companions, survived a plane crash. The show reveals little by little, with each episode, what happened after the accident and is intercut with the present in which she seems to be a little unhinged. The show has been a success for Showtime, the network on which it is broadcast in the United States, and with its supernatural touches it also earned the approval of reviews.

Ortega, on the other hand, who will now play the role of Merlina, has also had an excellent start in 2022. The actress surprised with a small role in Scream – 78% and just a few weeks ago she finally saw the premiere of her film on HBO Max. The Fallout – 95% , where she plays the PTSD survivor of a school shooting.

What is known about Wednesday is that he will retake Merlina during his high school attendance. The new version will have psychic powers that she must learn to control and that will help her solve a series of murders that put her family in the crosshairs of her community. The show does not yet have a premiere date, but it is already in production.

Merlina: Christina Ricci will return for the Netflix series