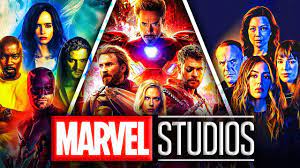 Having produced numerous films in New York, the studio begins to look for other locations for its stories. The Marvel Cinematic Universe is huge and its expansion so far continues. Over the years, we’ve seen different projects from the studio make it to the big screen, telling stories that take place on Earth, other planets, and even in the quantum realm. However, the most recurring place in the films of this universe is New York City, the home of various heroes such as The Avengers and Spider-Man.

Being this the preferred location of Marvel Studios to develop their feature films, a point has been reached where the studio itself has decided to withdraw from this point and continue its stories in another. It looks like this course of action will kick off with Moon Knight , the next Marvel series coming to Disney Plus soon, as this one doesn’t take place in New York.

In comics, Moon Knight normally patrols the streets of New York City. However, the superhero was transferred to another city in his new adventure on the screen. Oscar Isaac , star of the show, revealed in a recent virtual conference the reason why the studio decided to change things in its new production by taking Moon Knight elsewhere.

I don’t know… well, it was set in London and when I asked why, I was like, ‘We just have too many characters in New York…’ So, it looks like we’re going to change it… I mean, I love English humor , like The Office and Stath Lets Flats… There’s a lot of that humor that I found really funny, and I thought, ‘Here’s an opportunity to maybe do something… what if we do it in English?’ I was like, ‘What if he approached Peter Sellers for a Marvel project? What would he do?’ So I started thinking about that, and that led me to Karl Pilkington from An Idiot Abroad. And not so much because of the accent, but just because of his sense of humor where he doesn’t know he’s being funny

Moon Knight is coming to the popular streaming service on March 30 and fans are already very excited. This series, created by Jeremy Slater , is one of the most anticipated of Marvel Studios for this 2022. The program deals with the story of Marc Spector, a former military man who, after a deal with Khonshu, the Egyptian god of the Moon, returns to the Earth with superhuman powers and with the pseudonym of Moon Knight.

In a recent interview, Moon Knight producer Grant Curtis revealed how the series isn’t exactly tied to the current state of the MCU and also shared his excitement at having the opportunity to build the incredible character from scratch. Curtis said the following:

There is no attachment to the current MCU. It’s brand new and embarking on a brand new adventure. We really think fans will enjoy it. There are multiple aspects of Moon Knight that we are excited about internally at Marvel Studios. But one of the unique aspects of this character is that he brings Marvel Studios back to its Iron Man and Tony Stark roots. That was a character that was obviously built from scratch, and it’s the same with Marc Spector.