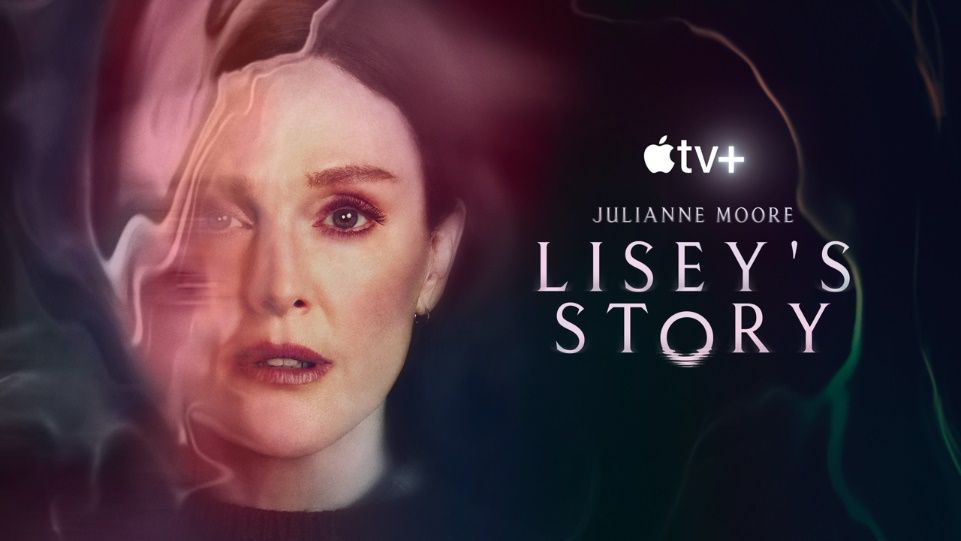 “There has never been a writer who has so seamlessly blended the realistic and the fantastic,” Ron Cephas Jones intones near the start of “Lisey’s Story,” a new Apple TV Plus limited series adapted from a Stephen King novel. Jones is speaking of Scott Landon, a character played by Clive Owen — a novelist whose notoriety has given him great wealth, but whose life reads like a horror that he himself would have written.

It’s strange to begin a review of a series toplined by Julianne Moore, one of the world’s leading performers, by discussing another character; she is usually the event. As Lisey, Scott’s widow, Moore is predictably excellent, a performer it feels tempting to reduce to “reliable” even as there’s so much quickfire thought pulsing behind each line reading. But the story doesn’t take sufficient advantage: While it may be Lisey’s story, it’s Scott’s show. And in the wake of his death, which precedes the action of the series, Scott’s inner workings come in for close and often surreal examination — complete with an obsessed fan, played with wild zeal by an untrammelled Dane DeHaan, posing a threat. Lisey’s coming out of grief is, at times, practically a subplot.

What’s happening here feels like a tug-of-war. Series director Pablo Larraín established with his 2016 film “Jackie” that he is an especially keen observer of images and personas. “Jackie” dealt specifically with a woman’s struggle to maintain dignity in the face of personal loss, making Larraín an intuitive choice for a series in which Moore’s character must grieve but also hold it together to support her sisters (Joan Allen and Jennifer Jason Leigh, both excellent). But King wrote each episode, and the novelist’s closeness to the source material — a book he has described as unusually personal and special to him — forces a chunky structure and uncinematic ideas on a story whose core is strong.

That core is in the relationship between Lisey and Scott, which Moore evokes most piquantly when Owen is out of the picture, with memories of his charisma lingering. We come to see the horror novelist onscreen so frequently that we’re not allowed to miss him; the horror novelist offscreen conjures for him both a gruesomely, excessively traumatic backstory as well as a surreal means of escape that allows Lisey and Scott to supernaturally communicate. Larraín tends to illustrate even King’s most laborious metaphors with skill and an eye for beauty, but there’s simply too much here that could not have worked in a visual medium. And from Allen and Leigh, welcome as they are, to a careening DeHaan, the show is trying to cram in such a panoramic view of the threats facing Lisey and Scott’s posthumous bond that we can lose sight of that bond entirely.

There’s much here that works well: What is meant to be scary is scary, what is meant to touch the heart will. And Moore, always good at playing women trying to project calm, is in fine form. But viewers may wonder what it all adds up to, why this unblinking look at one woman’s hard time also had so much extra, often outlandish stuff that didn’t quite pay off. Its blend of realism and fantasy is far from seamless: The latter always wins out.