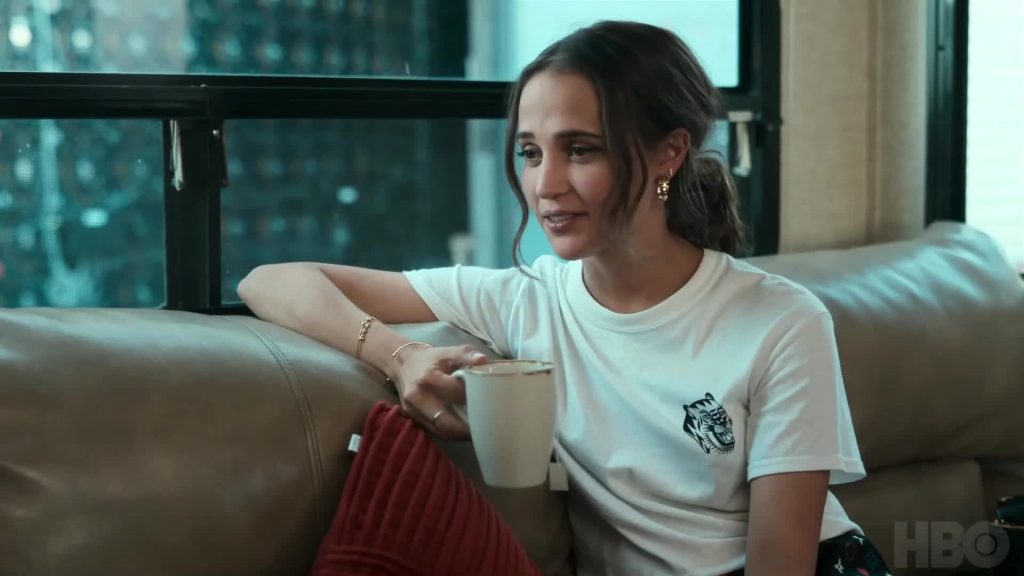 When cinema is your life, cinema can hurt. “Time doesn’t heal,” Tom Sturridge says about the scars that mark us in Olivier Assayas’ beguiling and fascinating new HBO limited-series version of “Irma Vep.” “Time just buries pain, but the wounds remain.” This eloquent twist on a platitude could perfectly encapsulate Assayas’ director’s statement. Creating filmic art can be a vulnerable, agonizing endeavor; sometimes, the battles to make them and fulfill a creative vision produce traumas and ghosts that can haunt for years.

The original “Irma Vep” was Assayas’ breakthrough international film. Starring Maggie Cheung, that film was always meta, though this version is arguably intertextuality on steroids. A movie about a French crew remaking Louis Feuillade’s subversive 1916 silent film classic “Les Vampires” — featuring an international star (Cheung) that doesn’t speak the French language and is alienated by the experience — 1996’s “Irma Vep” was both a searing critique of the French film industry and an examination of the eternal, painfully compromising struggle between art and commerce.

“Irma Vep” was also about the uncertain lines between fiction and reality and how artifice and truth often blur together. In that movie, Jean-Pierre Léaud, the director of the film-within-the-film — who not-so-coincidentally and referentially played a director in François Truffaut’s “Day For Night,” the ne plus ultra of meta-filmmaking exercises ever — started falling in love with his lead. In an art-becomes-reality irony, Assayas would fall in love with Maggie Cheung, marry two years after the film came out, and divorced not long after. Life imitates art; art imitates life. It’s an ouroboros of ever-evolving expression.

“Irma Vep” (2022), a new six-episode HBO limited series co-produced by A24, mostly follows the same story and plot but initially centers on the star and her perspective. Instead of centering on an international actor, Alicia Vikander plays Mira, an American star disenchanted with her career — perhaps the industry as a whole — and licking her wounds from her recent breakup with her ex-assistant Laurie (Adria Arjona). Desperate for change and artistic challenge — despite the protests of her materialistic agent (a terrific Carrie Brownstein), who’s trying to convince her to earn a big payday by starring in Marvel’s new “Silver Surfer” — Mira hopes to transform her persona (and herself?) in a French production of “Irma Vep,” a remake of the aforementioned silent-era serial.

But “Irma Vep,” the film within the film, has many-layered problems as filmmaking is wont to do. For one, much like the original — but more pronounced and much funnier — director René Vidal (a note-perfect Vincent Macaigne) is a neurotic, possibly uninsurable mess. Reckless, irresponsible, and twitching with nervous energy, Vidal may be creating art, but he has only a tenuous grasp on his mental health and the film itself. Worse, Vidal constantly battles with one of the insufferable primadonna actors Edmond Lagrange (Vincent Lacoste), who is himself perennially concerned with whether his character doesn’t look the fool and challenging the motivations at all times. Echoing the original film, myriad personal and practical issues rear their head, including multiple people — men and women — who become infatuated with the series’ star.

Uber meta as mentioned, some of the self-referentiality is chafing at first but soon becomes quite hilarious. One exchange interrogates the “it’s not a series, it’s a 10-hour movie” assertion, and its takedown of those making TV who think they’re somehow above it (like Vidal) is deliciously incisive. Beyond just thematically, art vs. commerce is also part of its DNA. One of the craven financiers only put up the money for “Irma Vep” so Mira would be encouraged to be the face of his corporation’s new Dior-esque French luxury fashion house campaign. In a clever self-referential homage, indie rockers Sonic Youth and Luna did much of the original score, and so this time, it’s Sonic Youth’s Thurston Moore and Luna offshoot Dean & Britta crafting sounds both aggressive and dreamy.

“Irma Vep” could easily get lost in all this mirror-reflecting self-awareness, but it manages to thread the needle well. The series features a terrific cast, too. Highlights include Lars Eidinger as a drug-addicted German star playing one of the Vampire criminals; Devon Ross as Vikander’s sultry new assistant; Jeanne Balibar as the seductive costume designer; Alex Descas as one of the demanding producers; and especially Nora Hamzawi as the exasperated first AD, increasingly maddened by her psychoneurotic director.

(Sturridge plays Vikander’s ex, also an actor, and Kristen Stewart will eventually show up, too, but not in the first three episodes).

At first, “Irma Vep” most resembles the 2014 psychodrama “Clouds of Sils Maria,” also about filmmaking and ghosts. But it soon takes shape and feels like a proper “Irma Vep” reimagining with all the bells and whistles. Admittedly, the show is slow to start, with Vikander seemingly a little miscast as the shallow U.S. starlet always on the cover of US Weekly and self-aware about how to control her fame and what the public wants. Some of the annoying meta-industry filmspeak is also a little obnoxious initially, but the series quickly find its sea legs by the second episode as the story grows beyond just Mira’s experience.

In many ways, “Irma Vep” is Assayas’ exploration of his neurotic relationship to filmmaking and his own work, past, and more. But as much as “Irma Vep” veers into psychotherapy in this regard — relitigating ancient personal histories and doing so very super-meta-y and self-reflexively — it’s self-aware, playful, intellectually curious, and at times, very cleverly amusing.

Ultimately, “Irma Vep” contends with unfinished business: personally, spiritually, emotionally, and, yes, cinematically. But, even without all this other emotional baggage, it’s easy to understand why Assayas wants to revisit his film. “Irma Vep” was a low-budget indie, and remaking a period-era silent film was mostly beyond its budget (the original movie didn’t even really try). This “Irma Vep,” with its cranes, dollies, expensive period costumes, cars, sets, and more, is both an opportunity to realize the period, play within this genre — a kind of campy, vampy, lurid detective serial with dozens of twists — and break out a slew of filmmaking toys. There’s clearly a bigger budget and more occasion to be expansive both technically and expressively.

A remake of a remake expanded into bingeable long-form shape (!!) that plays brilliantly in the realm of post-modern irony and self-reflexiveness, “Irma Vep” may baffle some at times. It traffics in a mode of knowing, wickedly sardonic commentary about filmmaking (the exchange about whether the silent era directors were complicit in making “content” is A+ cunning). The silent film within the film (or series) is intentionally stilted, awkward, and sometimes seems awful, but the unanswered question the series poses (“Is this supposed to be terrible?”) ultimately becomes one of its greatest mischievous charms.

For all its early problems, “Irma Vep” is a sometimes campy, sometimes vampy, sometimes meta-intellectual exercise that manages to be both fascinating and thrilling. Co-produced by HBO and A24, there’s a great irony here too. One entertaining exchange between filmmaker and financier discusses whether they’re making a hit, something more “niche,” or, if they’re lucky, something prestigious and award-worthy. “Irma Vep” certainly leans into a more exclusive conversation about art — likely too elusive for mainstream audiences — but that lively discussion will be delectable for those in the know.