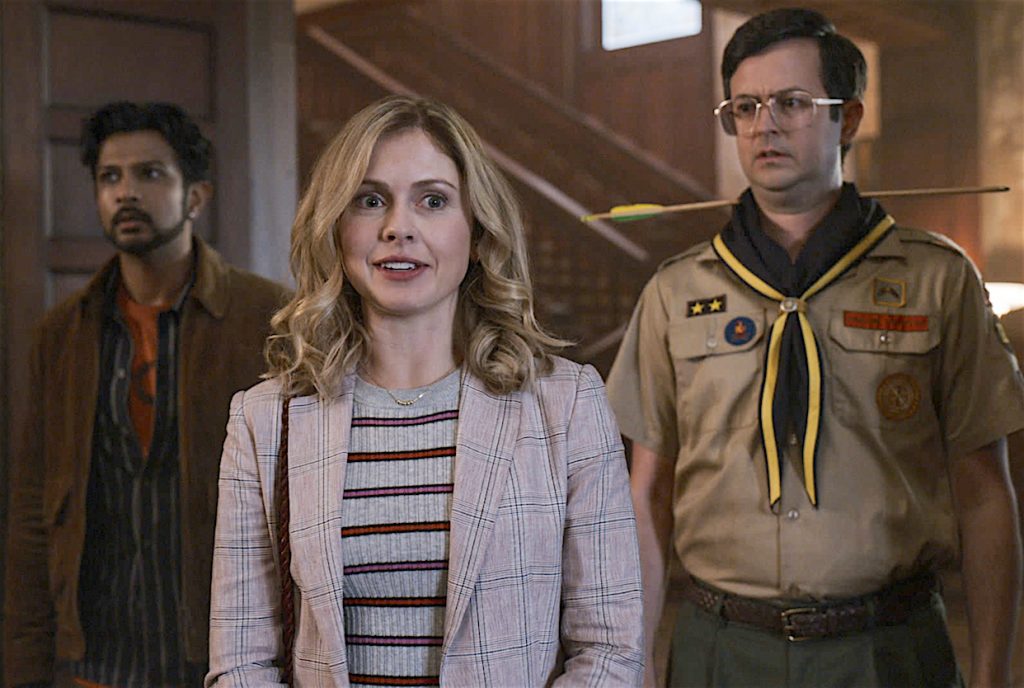 As far as hangout sitcoms go, throwing a misfit group of ghosts from completely different time periods together in one crumbling old house is a smart way to get new mileage out of a time-worn concept. It’s no wonder that CBS, by way of former “Zoey’s Extraordinary Playlist” producers Joe Port and Joe Wiseman, seized the opportunity to use this premise, which is as fantastical as it is economical. As originally conceived for the BBC by a collection of “Horrible Histories” writers, “Ghosts” made room for screwball comedy and jokes ranging from extremely silly to unexpectedly profound. (If you haven’t already, you can see it for yourself now on HBO Max. In reimagining the series for American television, Port and Wiseman strive to tap into the alchemy that made the original so immediately compelling.

In its first couple episodes, however, CBS’ “Ghosts” hew so close to the BBC’s that entire scenes are repeated almost verbatim. It’s admittedly rare for a sitcom to find its feet as quickly as the American “Ghosts” does, no doubt because it’s got a fairly malleable outline to follow that’s already proven successful. So while it’s genuinely jarring to watch this iteration of “Ghosts” if you’ve seen its British inspiration, if you have not … well, it’s charming enough to merit sticking around, anyway, especially as it begins to find its own way in a third episode completely divorced from the show’s source material.

As in the original series, CBS’ “Ghosts” follows a young couple to a crumbling manse left behind by a distant relative. Sick of the high cost of living in a city, Samantha (Rose McIver) dreams of turning the estate into a bed and breakfast, while her skeptical husband Jay (Utkarsh Ambudkar) does his best not to doubt her. When a freak accident enables Samantha to see and hear the collection of ghosts stranded in the house, she has to figure out what to believe and, more difficult still, how to live alongside these extremely chatty new presences in her life. Some ghosts — like Richie Moriarty’s Boy Scout leader Pete and Rebecca Wisocky’s snooty grand dame Hetty — have direct roots in the original series. Others — like Brandon Scott Jones’ Revolutionary War veteran Isaac, Devan Chandler Long’s Viking, and Asher Grodman’s Wall Street jerk Trevor — are recognizable twists on their predecessors, with Jones’ pitch perfect histrionics making Isaac an early standout.

Most interesting, but not coincidentally the least fleshed out, are entirely new ghosts like Danielle Pinnock’s dramatic flapper singer Alberta, Sheila Carrasco’s wayward hippie Flower, and Román Zaragoza’s deadpan Native American. Each of these characters represents a very specific new American archetype for the show to explore, and will hopefully get a greater chance to do so in episodes yet to come.