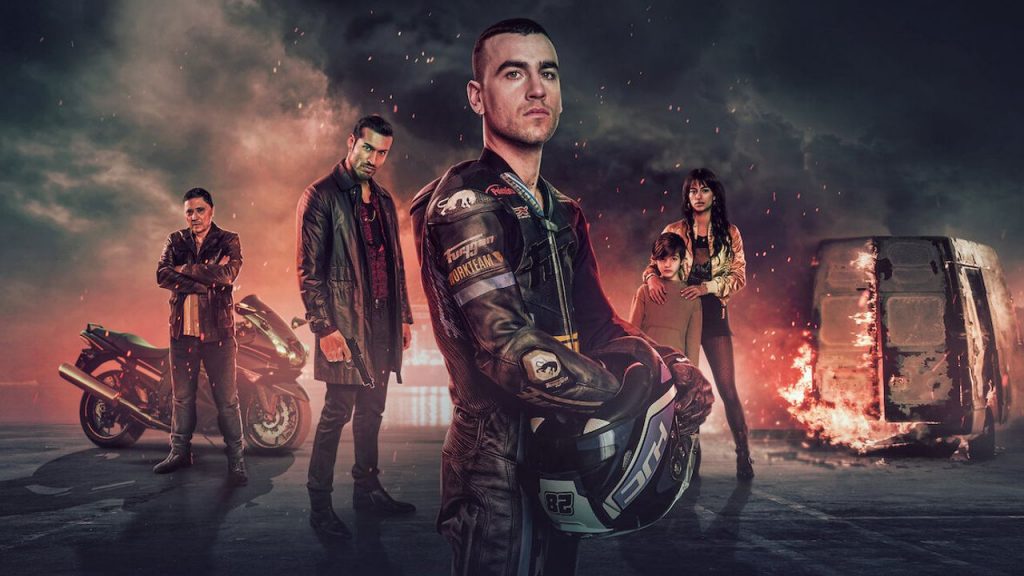 In the opening scene, we see a bike race. We get to know that our main character Rafa is a very talented rider. He could have easily won that race, but his bike malfunctioned when only two laps were left, and he lost. Then, we have Regina, who is looking out for riders for her groups, and she liked the spark Rafa had. So, she invites him for a trial round for selection in her team, which is beneficial to Rafa as it will expose him to more opportunities. Inside dynamics of a working engine have been shown beautifully in the beginning.

Things were going very well until his wife Natalia faces some issues. They both are living separately and have a son, Mateo. Natalia is a dancer, but due to financial issues, she entered the world of drug mafias. She had to keep hold of drugs for some time which she couldn’t as they got stolen from her. This is where the real story of the Centauro starts. Rafa had to make a deal with the drug dealers in exchange for her freedom.

He also gets quickly involved with them and loses all the things that he should be focusing on like his professional bike racing career. It’s rightly said that everything comes at a cost. Because he started smuggling drugs across the border, he became tired. As a result, neither could he focus on his job at the dock nor his riding career. He is constantly chased by the police.

The line I liked the most in the film is “Instead of a mouse, you’ll be a cat”. It was said at such a time when Rafa was hopeless and was given another chance at life. The ending scene had a great song being played in the background. This movie clearly shows the lengths a man can go for his family.

In my opinion, this is a great film. The plot is quite plain and simple without unnecessary twists and turns. If there had been some twists or mystery, then the thrill of watching this film would have gone to the next level. Drug dealers and the rider are seen taking huge risks. Amazing bike races are shown from different angles. In short, this is a great film which is just 1.5 hours long and easy to watch. This title of the film doesn’t make much sense, but the reason behind it, will be revealed once you watch the film, that is streaming on Netflix.