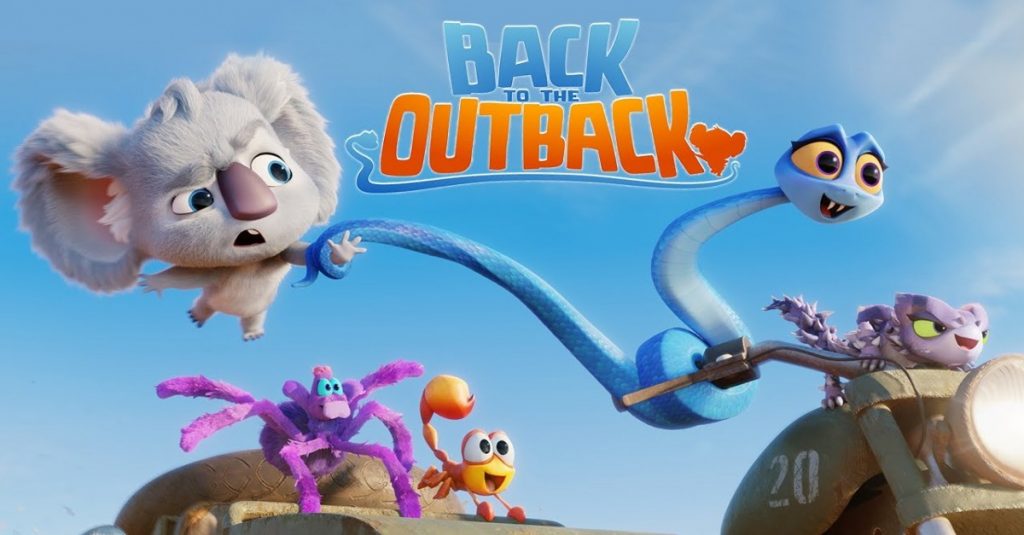 Back to the Outback 2021 Movie Review

Greetings again from the darkness. Capturing a kid’s attention is difficult enough, but these days, it’s a real challenge to hold that attention for 90 minutes. You best offer something extremely entertaining, which is exactly what first time (co-) directors Harry Cripps and Clare Knight have done. Ms. Knight previously worked as the Editor on the MADIGASCAR and KUNG FU PANDA movies, and is married to actor Wayne Knight (Newman from “Seinfeld”). Mr. Cripps previously wrote the screenplay to THE DRY (2020) and here he co-wrote the script with producer Gregory Lessans. Of course making animals the center of a kids’ story is nothing new, and neither are the central topics of respect and family, yet this is quite an entertaining way to do so.

While watching the film with a four and five year old, I was able to witness first-hand the reactions and whether or not attention lapsed (theirs, not mine). The film opens at Australian Wildlife Park where Chaz Hunt (voiced by Eric Bana) is a Steve Irwin-type trainer who entertains the crowds and his son Jessie (Diesel La Torraca) with personal adventure stories that may or may not have a sprinkle of truth. But it’s the animals who are the main attractions here. The park features the world-famous cutest animal, Pretty Boy (Tim Minchin), a Koala who excels at posing for pictures. In contrast, the “ugly” ones, or the deadliest ones, include Nigel the neurotic scorpion (Angus Imrie), Zoe the wise-cracking thorny devil lizard (Miranda Tapsell), Frank the funnel web spider who breaks out in dance when attraction strikes (Guy Pearce), and the newest addition, Maddie a taipan snake (Isla Fisher). Acting as a mother-figure to these creatures is Jackie the crocodile (Jackie Weaver).

After a dangerous event caused panic and misunderstanding, Jackie is shipped off away from the park. The other “ugly” animals decide to escape and head home (check the title). Pretty Boy accidentally gets caught up in the escape, and he ends up being quite obnoxious – in constant need of catering and compliments. This stands in stark contrast to the other animals who are quite likable and charming. That’s the gag here, as well as our lesson in ‘beauty is on the inside’. The road trip through the city and into the desert and mountains is quite an adventure and filled with things that don’t go quite right for this band of misfits. Along the way, they learn of the U. S. S. – the Ugly Secret Society, which is a rescue operation run by animals for other animals that aren’t lovable pets. They even have a funny catchphrase/password! Two of the most fun sequences involve Tasmanian Devils and a couple of toads named Doug and Dorene, who sing “When a Man Loves a Woman”.

The film is obviously aimed at kids who are fascinated with animals, and it’s charming and funny and entertaining for both kids and adults – exactly what you hope for with animated movies. The morals of the story about not judging a book by its cover, and the importance of family, are always good lessons to reinforce for kids. We should all be this ugly.

Back to the Outback 2021 Movie Review