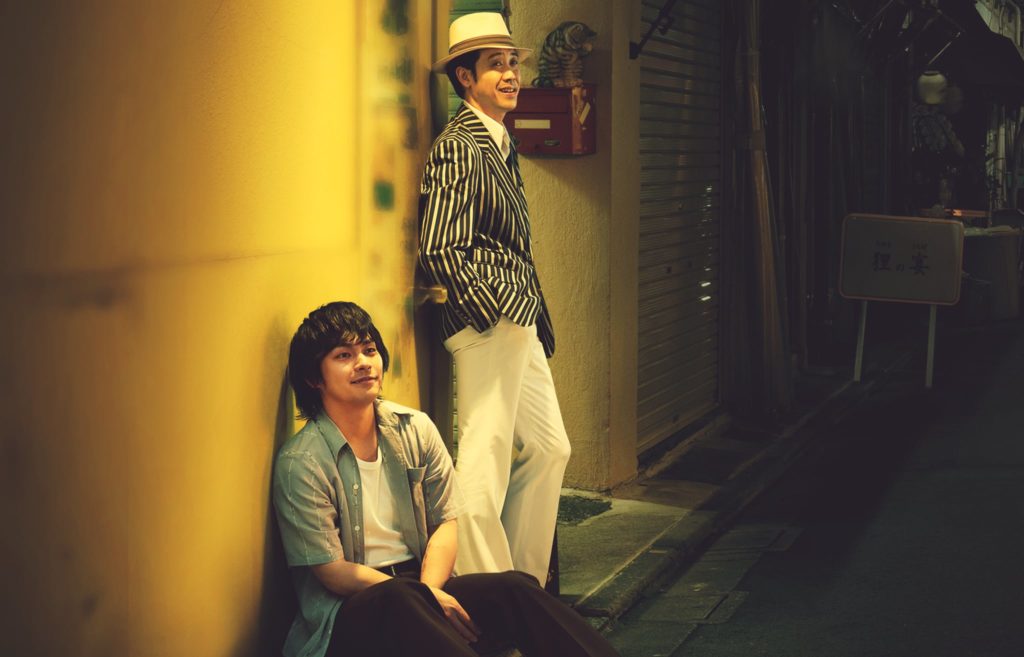 The early days of comedian and filmmaker “Beat” Takeshi Kitano’s career are chronicled in Gekidan Hitori’s affectionate drama Asakusa Kid, which is adapted for the screen from Kitano’s own 1988 memoir of the same name.

Yuya Yagira gives a transformative performance as Kitano, who started out working in a struggling Tokyo strip club. The film is equally devoted to celebrating his mentor Senzaburo Fukami, portrayed by Yo Oizumi. Mugi Kadowaki and Honami Suzuki also star.

Yagira is still best known for his debut performance in Hirokazu Koreeda’s Nobody Knows, which won him the best actor prize at the Cannes Film Festival at the age of 14. Since then he has carved out a career every bit as eclectic as that of Kitano.

The future actor and director transitioned from elevator boy to performing partner and eventually emcee at the Asakusa France-za club, before branching out to form the Two Beat manzai comedy double act with Kiyoshi Kaneko. Yagira nails the performer’s distinctive shuffling gait and facial twitches, while the brief glimpses of an older Kitano are uncannily accurate.

Audiences looking for a probing insight into the artist’s creative process, however, will be left wanting. Beyond the superficial steps that take him into the limelight, Asakusa Kid proffers a disappointingly shallow portrait of the controversial comedian, who grew up in close proximity to yakuza gangs and frequently clashed with TV censors because of the controversial nature of his routines.

Instead, Hitori immerses us in the cramped, overcrowded green rooms of the France-za cabaret club, detailing the inner workings of the seedy establishment circa 1972 and the colourful collection of artists congregated therein.

At the centre of them all is “Fukami of Asakusa”, an old-school vaudeville comedian who provides on-stage entertainment between the disrobings, often to a less than enthusiastic crowd of lecherous patrons.Oizumi paints Fukami as a tragic figure, dedicated to his craft and his subordinates regardless of dwindling ticket sales. “I’m a comedian, you fool” is his confrontational mantra, later adopted by Kitano himself. He tutors his protégé on the importance of a comedian dressing snappily and looking cool when offstage, but to always be silly.

“Don’t suck up to your audience,” Fukami tells the young man. “You tell them what’s funny.” These seem to be words Kitano has lived by, having repeatedly defied expectations throughout his long and celebrated career.
Asakusa Kid makes for diverting entertainment as far as it goes, but brings down the curtain just as the real story is about to begin.
Asakusa Kid will start streaming on Netflix on December 9.