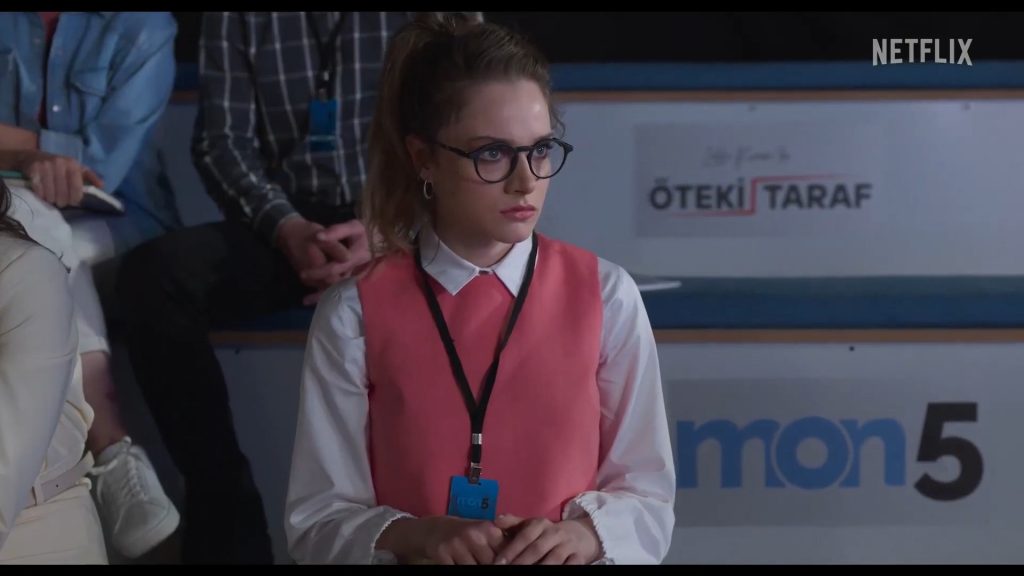 There’s plenty that can happen when someone feels they are not heard. Heck, Joker presented a concept in the most outrageous way possible. In the case of the Turkish series As the Crow Flies, not being listened to leads to a dark desire born from envy. That’s the tagline.

Character Asli is an avid fan of the famous newsroom anchor Lale. When she manages to weave her way into the women’s bathroom and talk to Lale, she is met with a damning blow; Lale brushes her off quickly. She barely gives Asli attention and tells her that to succeed in life, she needs to take another direction and embrace a different drive. Asli takes this literally and worms her way into the TV production company Lale works for as an intern. From here, Asli does everything it takes to be the last remaining intern to get closer to Lale. We witness the dark side of a relentless fan who felt burnt and ignored.

There’s a thriller aspect to all of this — at the start of the series, we are presented with a flash-forward of Lale on the floor, severely injured in her own home. It plants this scene in the audience’s mind, making them wonder how the story got there. This adds intrigue.

As the Crow Flies is enticing and dramatic. It presents the flaws in the characters it offers. While Asli is the story’s perceived villain, Lale has her own demons, which come to light as the story progresses. There’s also this sense of the dangers of social media; how it can be so absurdly easy to plot against anyone using words and the right hashtags. The series certainly feels up-to-date with its understanding of culture and journalism as it veers on a journey of ambition and desire.

Eventually, the story ramps up in the Turkish series; it becomes complex but remains consistently entertaining. Watching a character like Asli, so obsessed but in a dangerous, relentless way, is addictive and binge-worthy. Perhaps Asli brings out the subconscious side of us that wants more when we feel lonely. The side of us that lusts for power and recognition. As the Crow Flies is certainly not the best series of the year, but it’s a must-watch on the international slate on Netflix.